In 1969 I was at Birmingham University living in a Hall of Residence. Most of us used the place just to eat and sleep, but we had a very energetic Entertainment Committee and many rising stars came to play. We went to all the concerts. There was Michael Chapman who I liked a lot because he played a mean guitar;  Al Stewart, who I wasn’t keen on because he sounded so clean. And there was Peter Sarstedt. He was about to become a big star but I didn’t like his style – that clipped, posh voice, and then there was his moustache, not to mention his hair.

Having said that, I knew all the words to his hit song, Where Do You Go To My Lovely, and could, if asked, sing them.

However, I couldn’t believe there really was a person called Zizi Jeanmaire, it sounded such an impossible name. I thought maybe I was mis-hearing, like people who think Abba sing ‘Dancing queen, feel the beat from the tangerine’, or the Eurythmics, ‘Sweet dreams are made of cheese.’ Perhaps he’d said something about the Folies Bergere. 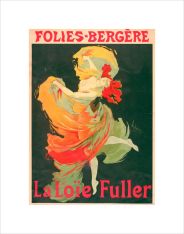 So imagine my surprise when I read in the paper today that there was indeed someone called Zizi Jeanmaire, a Parisian who was a wonderful classical dancer as well as an actor and singer. And sadly, she has died. It was her obituary that I was reading.

In retrospect it was my mistake not to investigate her further at that time, when there was even a chance to see her perform. Here she is, dancing in the film Hans Christian Andersen.