Yesterday I was having lunch with Val Wilmer and the conversation turned to the Four Tops. Val had photographed them at a concert they were doing. We recalled their greatest hits, and the fabulous voice of lead singer, Levi Stubbs.

Today I’m tidying up a chapter in The Girl in the Green Mac that takes place in the Orpheus, the cellar coffee bar in the centre of Chelmsford where all the mods gathered. There was a great jukebox in the Orpheus that had all the cool hits, the obscure records you wouldn’t hear on Top of the Pops. Another of its great features was that it was attached to the wall next to a mirror by the stairs, a very handy spot for checking out who was coming in, what they were wearing and who they were with. Then it was the most natural thing in the world to turn and ask if anyone had two threepences for a sixpence, or change for a shilling, to put in the slot, or to just chat about the group that was coming to play at the Corn Exchange on Saturday. You could even pose a question about the Vespa or Lambretta’s progress since the last flat tyre or flat battery. Any subject is interesting if it has a good soundtrack. 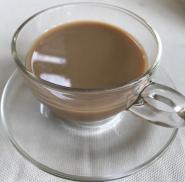 In the chapter, Carol (the girl in the green mac) is at the counter, waiting to order two coffees for herself and her friend Angie, who is sitting in their favourite seat, a dark booth at the back of the room.  As she stands there, waiting for a group of young out-of-town mods to make up their minds between Coke and lemon or a glass of milk, with a hiss and a crackle, the Four Tops come on the juke-box. The song fills her with yearning and longing for someone to feel that intensely about her.

I thought I’d get in the groove while I was writing and I clicked on this track on YouTube, ‘Without the One You Love (Life’s Not Worthwhile). It came out in 1964, after their big hit, ‘Baby, I Need Your Loving’, and was another example of the rich velvety voice of Levi Stubbs. It wasn’t such a big hit, perhaps because the title was too long, or, it has been suggested, because it was over-produced. Who knows? Perhaps because the first line was almost a repetition of the title of the earlier hit and people were worried they were buying the same thing again. But if you keep on listening it becomes a great song in its own right. And to my 15 year old ears it was perfect.